It all happened in the last week of August 2015. My son, Raimondo and his wife Faith were going to Spain for a 10 day business trip. They were going to have a holiday in Rome before returning to Sydney. My wife Geraldine said, “it would be nice to take our grandchildren Daniel and Chiara to Rome, and meet Raimond and Faith there”. 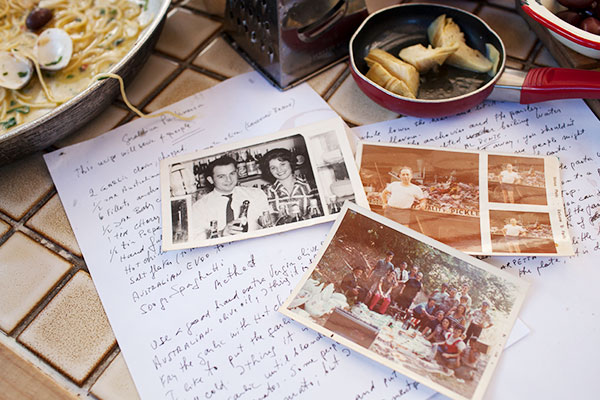 So, Geraldine and myself with Daniel and Chiara left Sydney a week later, so we could meet with Raimond and Faith in Rome.

It was just the four of us for a few days and we had a fantastic time. We stayed at Hotel del Corso, right in the middle of Rome, the hotel was very old but nice. A few days later, Raimond and Faith arrived in Rome. It would have been even better if Mimmo and his family could have been in Rome, then all the Lubrano family would be together, it would be my dream.

Perhaps next year, if our health permits we may meet all of us in Procida for a family reunion and also a few days in San Fele where Geraldine was born. This would be a once in a lifetime occasion!

After Rome we headed to Procida, the island where I was born. Raimond with his family came to Procida and stayed for a week, they really enjoyed the simple things that the island offers- daily fresh fish, and vegetables locally grown. The fresh food reminded me of why I started Sandhurst in the beginning. People here are passionate about good food, and the produce of Procida is second to none. Everyone has a small parcel of land and everybody sells what they produce. The beauty of it is that they plant the same produce in the same spot every year. This is not something you can do in Australia. The volcanic soil of Procida recovers quickly to allow this to happen. My sister plants tomatoes in the same spot every year that I can remember from when I was a boy. You cannot see the leaves of the tomatoes, only red, ripe, juicy tomatoes. My visit home was so enjoyable particularly to see the fresh produce again and enjoy the tasty fish due to the water being saltier.

In Procida we stay at my Nonna’s old house, it is where I grew up and now it is owned by my cousin, with their family.
Our apartment is on the top floor, with a fantastic sea view and looking at Ischia, which is the next island, much bigger than Procida with a bigger population of about 60,000 inhabitants.

Procida is a very small island with about 10 thousand inhabitants and with land mass of four kilometres square. In the summer months, the population nearly doubles- it is chaos and you cannot move around with lots of people. That’s why we like to go to Procida the first week of September, when all the tourists go back home.

Our stay in Italy was excellent, we visited Sorrento, Positano, Amalfi Coast, San Fele (Geraldine’s hometown), Ischia and more, we didn’t do too much travelling because we are getting tired very quickly.

My dream for next year, health permitting, we may all go to where it all started- the island of Procida.