The Imbalance of the food spend Retail vs Foodservice in the current crisis - why your fruit and veg prices should be much cheaper now! - Sandhurst Fine Foods 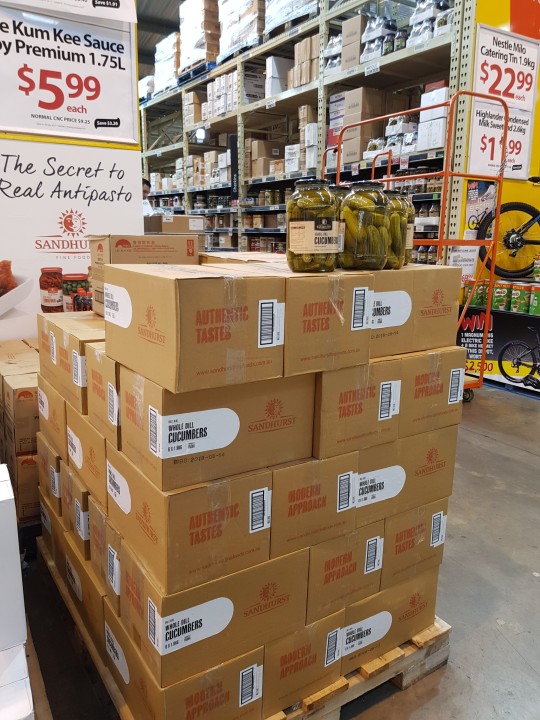 Australia spends about 33% of our food dollars in foodservice. It’s an interesting statistic as it has been rising for a few years. Pre-GFC figures were up around 35c in the dollar and before the current Covid19 scenario we were getting back to the mid 30’s once again.

What does this mean?

According to our research (BIS Shrapnel and Food Industry Foresight Studies) for every dollar you spend on food – you would allocate one third to foodservice. Mostly in Cafe/Casual dining of late as even fine dining and top tier restaurants were struggling before the Covid19 crisis.

The lockout laws now mean that that 30 to 35c in the dollar drops dramatically. Think about the money you used to spend in cafes and restaurants.

Employment is key for foodservice. As one Greek supplier once told me – “Your foodservice business is solely dependent on low unemployment figures – more jobs mean more foodservice spend”

With dramatic changes to our lives now under the new lockout laws we are finding ourselves more at home. Working from home means that we prepare more meals at home and foodservice spend is dropping at an alarming rate. Some foodservice wholesalers are reporting a 70% decline in sales and the top end restaurants are all closed meaning that an entire section of the food industry is closed for business – with no sign as to when things will re-open.

The only foodservice sectors to report increased sales are those supplying Pizzerias and Kebab shops. People are buying more take-away now but even that spend would be under a lot of pressure if the uncertainty of having a job starts to weigh in. People are concerned about take-away as they are uncertain as to who has ‘touched my food’. Health concerns mean that we aren’t as keen on the fast-food items due to a mainly sedentary lifestyle at home with our creature comforts!

I was speaking to our Italian suppliers and there are literally thousands of Italian restaurant and hotel workers locked up in apartments with no prospect of work. The cheapest meal they can prepare is a simple Pasta dish that can work out to cost you around $1 per serve. Feeding a family of 4 for under $5 is unheard of in this day and age but this modestly priced meal has been designed to sustain families through the tough times. I remember my Nonna telling me that it was the cheapest most satisfying meal on earth. Traditional Italian food isn’t Lasagna and Pizza but more like Lentils, Chick Peas and Salads with simple carbohydrates like Pasta and Rice.

In Australia, fortunately we have assistance but we will have to start to look to shop within our means. Things are changing and changing fast.

For packaged groceries, there are some items like Pasta and Canned Tomatoes that have become scarce but realistically the demand spike has leveled out at around 15% in most cases (according to our Italian tomato suppliers). Most supplies are plentiful and like toilet paper, some normality resumes after about 4 weeks. The only concern we have is that some varieties of canned tomatoes (like cherry tomatoes) might be short before the arrival of the new crop.

We don’t want to speculate but one would think that simple foodservice models like Cafes and Restaurants could technically open provided they comply with social distancing rules. This would bring a much needed relief to many workers as quite frankly, most of us would rather be at work making a contribution rather than watching Netflix.

Australia has done a great job in following the rules – As a nation we’re used to dealing with adversity – Bushfires, Drought, Floods – let’s hope we’re back on the horse soon!