The Sandhurst family story by Vince and Geraldine - Part 2: "Our very first retail business with no money, and a lot of hard work.” - Sandhurst Fine Foods 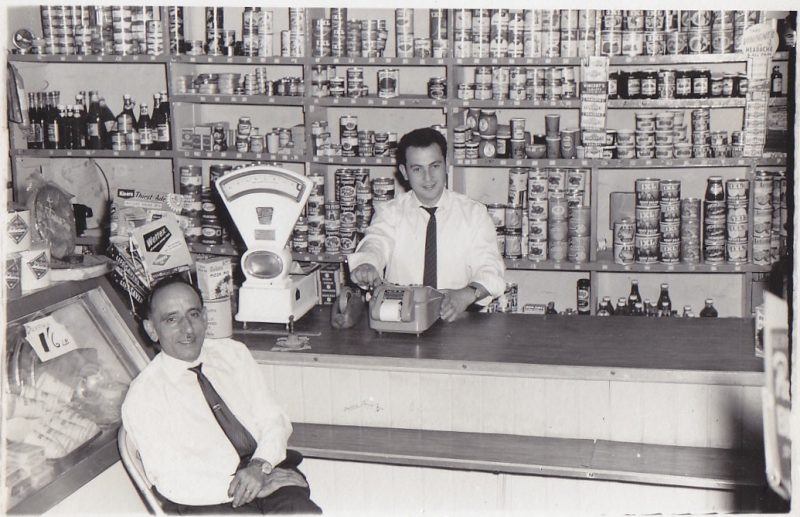 In the late 50’s and early 60’s, times were tough. Vince decided to purchase a wine store in Hurstville Grove, and working in the shop with Geraldine, they built the business together, literally brick by brick.

Vince had come off the road as he’d had various jobs including factory work assembling light fittings, and Geraldine was working at Berlei on the production line making womens lingerie. Both had been subjected to “horrible boss” syndrome; “No talking on the production line!” “Short breaks for toilet stops!

In hot and sweaty conditions, they normally held down 2 or 3 jobs per week and on weekends they helped Nonno building or mowing lawns. The only rest and recreation time was Friday or Saturday nights when Vince would take Geraldine to the Italian Club and catch up with the local community.

This was where Vince and Geraldine met.

They both came from entrepreneurial families as being a farmer or a fisherman you’d have to make your own luck. The “Wheelbarrow” concept was firmly in their minds – “your business is like a wheelbarrow – it doesn’t go anywhere unless you push it.” And heir dream of owning their own business came to fruition with the wine and grocery store on Hillcrest Avenue in 1960.

Geraldine was pregnant with Ray and working in the shop day and night. Vince would travel to far and distant places such as Smithfield, Wetherill Park and Ingleburn where farms were occupied by hard-working Italian families. These families struggled to get basic groceries such as parmesan cheese, pasta, olive oil, olives and canned tomatoes. So Vince would call on these large families, then he and Geraldine would assemble orders the night before in the store to ‘pack the truck’ and take these groceries to the customers.

It was there that they developed a passion for food. Geraldine would sell Olive Oil in the store and complain about the low margin it carried. It was always the classic ‘loss leader’. “You’ll make nothing on the oil but if you get them to buy other stuff – then you can build your profit base from there,” she stated.

Dealing with reps (they were called commercial travelers back then) they would purchase goods in bulk from the importers to either sell in the store or deliver to the families. Liquor Laws were changing in the 60s and new laws meant you could sell wine and beer by the bottle instead of strictly by the carton only!

Eventually, they managed to sell the store and retained the property (which they still own to this day), and Vince decided to focus on his delivery run to allow Geraldine to spend time with the kids at home.

She wasn’t exactly standing still and dropped the bombshell when she decided to buy a sandwich shop with no money, no car and no experience…..in the next episode…..